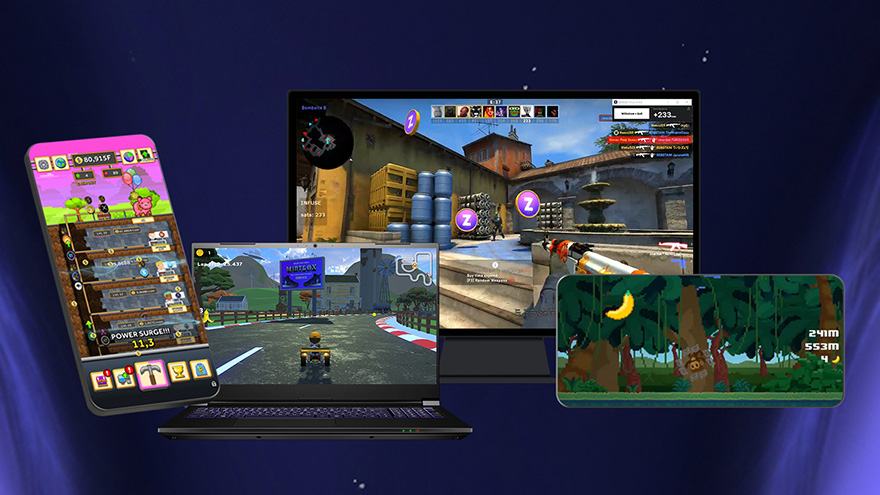 Zebedee Inc. today said it has raised $35 million in new funding led by Kingsway Capital to grow its bitcoin-powered payments ecosystem for developers to add “programmable money” to games and virtual worlds.

Using Zebedee’s platform any developer can add cryptocurrency micropayments into their games with low transaction speeds and extremely low fees.

The Series B round was joined by the global merchant bank Raine Group as well as Square Enix, developer of the critically acclaimed video game “Final Fantasy 14 Online,” alongside existing investors Lakestar and Initial Capital. This funding brings the total capital raised by Zebedee to approximately $50 million since it was founded in 2019.

“This funding round gives us the ability to meet our highly ambitious roadmap both in terms of building out our infrastructure to support the hundreds of millions of users that play our partners’ games, as well as hire the top-level talent needed to ensure every partner has the best possible experience working with Zebedee,” said Chief Executive Simon Cowell.

The concept of “programmable money” here means that the developers of games and virtual worlds can program them to incentivize play by triggering micropayments. This way players can enjoy the world by participating in it instead of collecting and trading gold, trinkets, creatures or land. In this manner, developers would be able to reward players for simply playing the game.

Triggers could include events such as exploring new areas of a map within a virtual world, meeting and talking to new friends, racking up points in a competitive player-versus-player game or capturing pieces in a game of chess. All of these are small gameplay trigger events that normally would provide experience or progress a player’s status during gameplay that could also provide some small type of incentive developers could use to increase player retention.

“In Zebedee, we see a world-class team that has created a truly powerful use case for cryptocurrency in games,” said Kenny Lee, vice president of Raine Group. “We have seen new monetization methods disrupt the gaming industry in the past, and we believe the integration of bitcoin directly into games is a new way to expand the connection with players and engage them in ways that were never possible before.”

On the infrastructure side, Zebedee uses the Bitcoin Lightning Network, which is a layer on top of bitcoin that makes instant transfers and low-fee transfers possible. Otherwise, bitcoin payments have high fees that would make micropayments impossible and can take minutes to process.

The company went with the Bitcoin protocol because it’s the most stable and reliable for building infrastructure and it is also the most widely used cryptocurrency in the world, André Neves, co-founder and chief technology officer of Zebedee, told SiliconANGLE.

“This makes Bitcoin a practical choice to use as a payments system for technical, economic, and user experience reasons,” Neves explained. “The Lightning Network is what helps to scale the Bitcoin network and makes instant, near-free micro-transactions possible.”

Using this payment method, it is possible for Zebedee to process what it terms “nanopayments” at an average size of eight cents and the company says its technology can support transactions as small as $0.0002.

The platform is designed to keep all of this as invisible as possible to users as Zebedee focuses on being a payment service for games and virtual worlds. It focuses on providing a seamless user experience that works behind the scenes to reward users and doesn’t require expert knowledge in crypto. For developers, the platform provides application programming interfaces that are easy to implement that abstract away the payment rails and make it easy to integrate into the gaming world and set up “triggers” as well.

Neves added that the biggest hurdle that users face in existing games and virtual worlds in adopting crypto is user experience. This is a problem both for bitcoin and for in-game economies as well and it’s something that must be overcome in order to make mainstream adoption possible.

“Gamers don’t want financial incentives to interfere with the fun and immersion of playing a game,” said Neves. “Zebedee is working hard to make adding programmable money to game designs simple and intuitive for game developers so that the technology can be used in more creative ways to enhance gameplay and introduce new game mechanics rather than detract from the fun.”

With the funding in hand, Cowell said that it would be used to grow the company’s infrastructure to support its growing number of gaming partners. And, although bitcoin and other cryptocurrency markets are currently in a slump, he believes that the funding will also help the company weather what is being termed “crypto winter.”

“We are pleased to be in a position where we can confidently scale our team and grow our business even as the macroeconomic backdrop becomes increasingly uncertain,” said Cowell.

The company currently has more than 50 employees working around the world as a fully remote team.

Zebedee has seen a banner year since its Series A round in September, with the number of users growing over 100 times, off an undisclosed base. The company also integrated with the crypto payments provider MoonPay in May, introduced a way for game live streamers to receive tips in bitcoin and cultivated its developer partnerships.