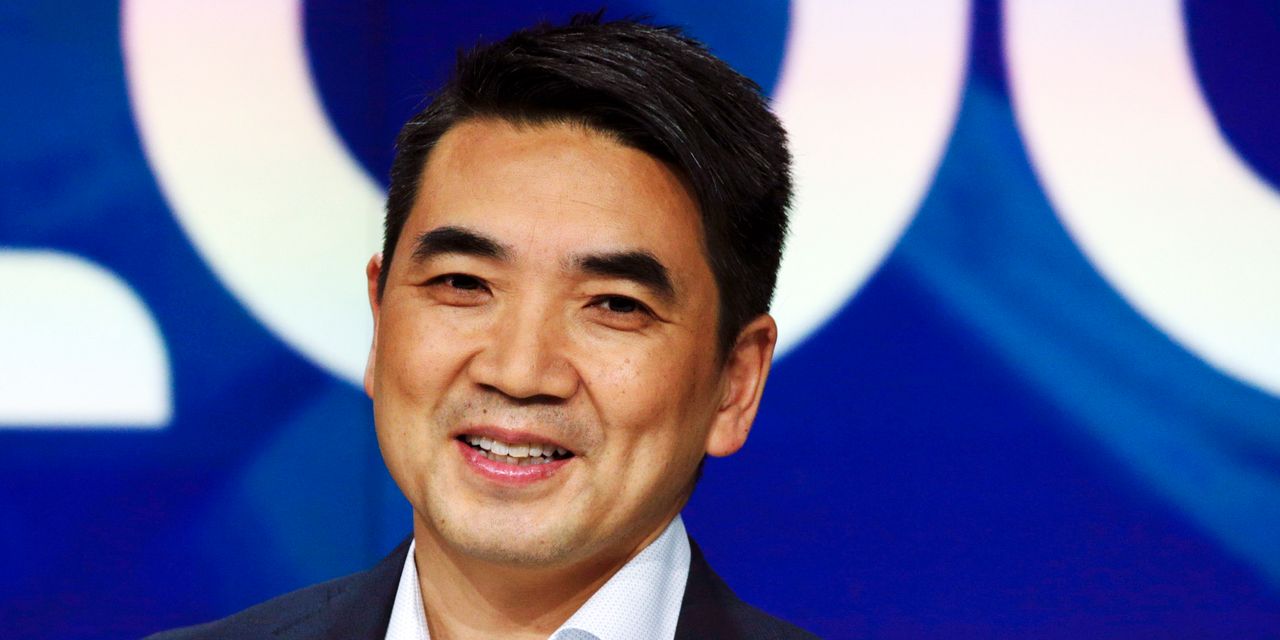 Shares of Zoom Video Communications Inc. fell more than 8% in extended trading today after the company offered guidance that came in below expectations and trimmed its full-year earnings and revenue forecast.

The company reported second quarter earnings before certain costs such as stock compensation of $1.05 per share on revenue of $1.1 billion, up 8% from the same period one year earlier. The results were mixed, with Wall Street analysts modeling earnings of just 94 cents per share on slightly higher sales of $1.12 billion.

For its bottom line, Zoom reported a net income of $45.7 million, far less than the $316.9 million profit it generated a year earlier. Zoom explained the lower profit was the result of its increased spending on marketing and sales.

Zoom founder and Chief Executive Eric Yuan (pictured) said the company once again made solid traction among enterprises in the quarter just gone. “Businesses are drawn to the Zoom platform because of our innovation and modern architecture. Our recently launched Zoom Contact Center and Zoom IQ for Sales products saw some great early wins, while Zoom Phone delivered milestone results with a record number of licenses sold.”

Zoom notably missed Wall Street’s targets on revenue, however. The company’s chief financial officer Kelly Steckelberg cited factors such as the strong U.S. dollar, performance in its “online business” and sales that were weighted towards the end of the quarter.

Investors are keenly tracking the performance of Zoom’s online business, which refers to casual Zoom users. Zoom’s problem is that individuals and smaller businesses are no longer using the service as much as they were during the height of the pandemic, when it was helping people work from home and socialize over the web. With the rise of hybrid work schedules and people now able to go outside as they wish, Zoom is no longer such an essential service.

On a call with analysts, Steckelberg said the company has “implemented initiatives” that focus on driving new online subscriptions, and that these have shown some promise. However, they were “not enough to overcome the macro dynamics in the quarter,” she admitted. “The big challenge is new customer additions.”

Zoom’s main initiative so far has been its decision to limit meetings hosted by Basic (free) users to just 40 minutes. Implemented last month, the move is designed to encourage users to upgrade to a paid Pro subscription, which costs $14.99 per month or $149.90 annually in the U.S. Steckelberg insisted that the change has had a “significantly positive impact” on the business thus far.

The enterprise side of Zoom’s business is doing much better, at least. Zoom said it ended the quarter with 204,100 enterprise customers, up from 198,900 three months earlier. Those customers now account for 54% of Zoom’s total revenue.

Unfortunately for Zoom it seems that the enterprise side of the business isn’t growing enough to offset the headwinds it is facing elsewhere. For the third quarter, Zoom said it’s looking at earnings of 82 cents to 83 cents per share on sales of $1.095 billion to $1.1 billion. That’s quite a bit lower than Wall Street’s forecast of 91 cents per share on $1.15 billion sales.

Wall Street is still modeling earnings of $3.76 per share on sales of $4.54 billion.

“As the majority of our revenue has shifted back to the enterprise and we have moved beyond the pandemic buying patterns, we are returning to more normalized enterprise sales cycles with linearity weighted towards the backend of the quarter,” Steckelberg told analysts on the call.. “This contributed to higher than expected deferred revenue in Q2, and as we believe this customer behavior will persist, we have factored it into our outlook.”

Steckelberg added that Zoom has altered its spending expectations in light of the lower forecast, and that it will prioritize areas with a high return on investment, such as research and development and sales.